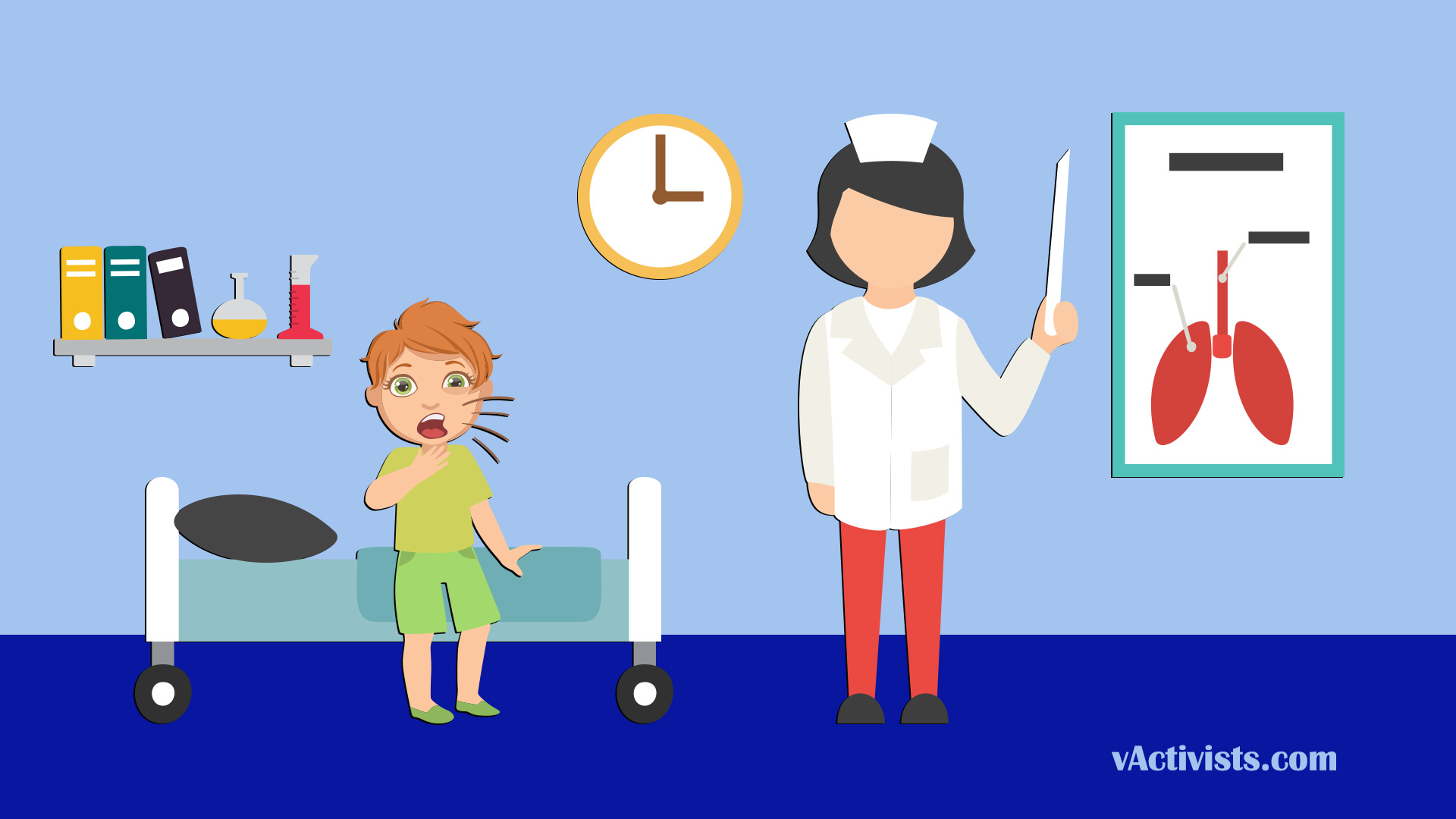 We have all seen the horror stories about Pertussis aka Whooping Cough, posted all over the internet, and social media sites. I have watched the most horrific stories, and YouTube videos depicting the worst of the worst cases.  Children who cough so hard, they are unable to catch their breath. The suffering is so long, that Pertussis is often referred to as the 100-day cough.  Pertussis sounds downright scary!

Seeing the terror stories posted in articles and on YouTube videos, I wanted to know if this is always the case for pertussis. Were there any children who actually survived this horrible illness without total suffering? I wanted to get a perspective from a parent who has not vaccinated his/her children, and whose children were diagnosed with Pertussis and came out unscathed. I asked permission from a woman, I came across on Facebook, to tell me about her experience. With her permission, I will share it below. First, though, I would like to address a couple points on the vaccine:

As much as people love to blame “anti-vaxxers” for the outbreaks occurring in the United States, the fact is that the vaccine is faulty. The children receive 5 doses of DTaP at 2 months, 4 months, 6 months, 15 months, and 4 years of age. Yet there are many cases of pertussis among vaccinated children.1

There are also many studies and articles that question the waning and efficacy of the DTaP vaccine. Studies such as this one, which concluded:

This evaluation reports steady increase in risk of pertussis in the years after completion of the 5-dose DTaP series. This rise is likely attributable in part to waning immunity from DTaP vaccines. Continuing to monitor disease burden and vaccine effectiveness in fully vaccinated children in coming years will be important to assess ongoing risk as additional cohorts vaccinated solely with acellular pertussis vaccines are introduced.

Among the 33 children (including household contacts) who developed pertussis, 28 had received at least three pertussis vaccinations and 23 had received four or more. Matthias and colleagues estimated the vaccine effectiveness at 45.0%, though with an extremely broad 95% confidence interval (-70.4% to 82.2%).

A Mom Tells of Her Experience with Pertussis

To be clear, this story is anecdotal. This mom explains what happened when her children contracted Pertussis. This does not negate other stories, deaths, suffering, and tragedies. Nor does it make Pertussis a non-serious or dangerous illness.  Everyone reacts differently. I simply wanted to put a story out there that is not one of the worst of the worst cases.  I am not telling you to vaccinate or not to vaccinate, I recommend researching and weighing risk versus benefits.

My girls were age 3 and 4 when they contracted whooping cough and they are both completely unvaccinated.
They got it confirmed through a swab test at a dr because we found out they had been exposed to whooping cough (from fully vaccinated children I might add).

I too have seen the horrible videos on youtube. Our experience was not as bad as those videos, but that may have been because our children were older.

It was not a fun experience though. It is contagious for 3 weeks after contracting it so we did not leave the house for 5 weeks (my second daughter showed symptoms about 10 days later so were on house arrest longer) That was one of the worst parts. I was dying to get out of the house, but did my bit to prevent the spread.

The girls only had coughing fits during the day when they would run or exert themselves too much. Other than that you would have thought they were totally normal. Night time is when the bad coughing fits came. They had the classic whoop and would sometimes cough so hard they would vomit. We followed the vitamin C protocol and it was amazing how much vitamin C eased their cough. I would wake up in the night twice to give them vitamin c. They both slept through the night the whole time, but it was exhausting as their coughing would often wake me up and I’d listen to it to make sure they were ok so I still got bad sleep. Yes, the cough lasted 100 days and it came back a couple months later when they got a cold but only lasted a week or so. The bad coughing only lasted a month or so but they weren’t completely “cough free” for at least 100 days.

This was two years ago, and I truly believe whooping cough has been AMAZING for their immune system. I would ALMOST go as far to say that it was worth it. Two years and they have not been sick with anything more than a sniffle

Thanks for sharing your story! It is great to hear that not all Whooping Coughs are the end of the world disasters.

What Can You Do If You Have Pertussis

First please consult your physician, and follow their advice.  Many people swear by Dr. Suzanne Humphries Vitamin C Protocol. You can see what she has to say about it here.

I hope that any reader, whether they choose to vaccinate or not vaccinate, has an easy time should their family be hit with Pertussis. I hope that everyone stays well, and gets better fast. I also ask that anyone who contracts Pertussis do what this responsible mother did, and quarantine as to not spread the disease to vulnerable babies or immune compromised children and adults.

Thank you for reading, and stay healthy!