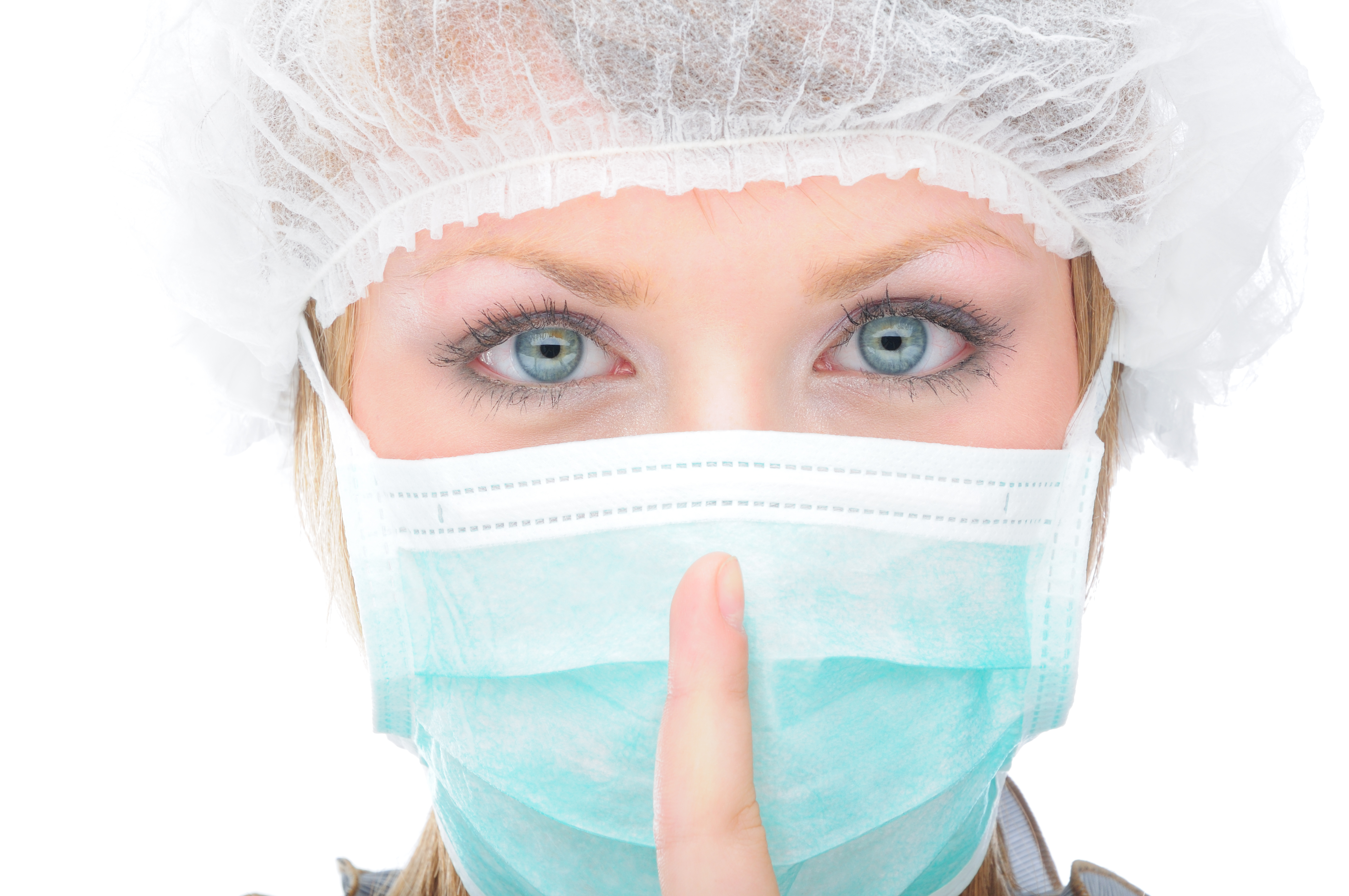 “The CDC says that 36,000 people die from the flu every year in the US. But actually, it’s closer to 20. However, we can’t admit that, because if we did, we’d be exposing our gigantic psyop. The whole campaign to scare people into getting a flu shot would have about the same effect as warning people to carry iron umbrellas, in case toasters fall out of upper-story windows…and, by the way, we’d all be put in prison for fraud.” – Jon Rappoport

“The United States Food and Drug Administration warns pregnant women to limit their consumption of fish because its mercury content may harm their unborn child. Scandalously, neither the FDA nor the CDC has issued a similar warning about the (injectable) mercury that is still in multi-dose flu shots. Clearly, the lack of a warning to pregnant women and young children regarding the mercury content of their vaccines makes no scientific sense…Mercury crosses the placental barrier, and a pregnant woman’s body preferentially dumps mercury into her fetus. Thus, the unborn child, being mostly developing brain, sustains huge exposure from injected mercury, in particular, at critical stages of neurological development…Unused vaccines with a preservative level of Thimerosal are considered hazardous waste because of their high mercury content. If not injected into patients, discarded vials of these mercury-preserved vaccines, therefore, must be disposed of in steel drums, by law.” — Lisa K. Lykes

“Mercury and lead are extremely neurotoxic and cytotoxic (even at trace amounts), but their combined synergistic effect is much worse. A dose of mercury sufficient to kill 1% of tested rats, when combined with a dose of lead sufficient to kill less than 1% of rats, resulted in the deaths of 100% of the rats tested.” — Bernard Windham, M.D.

“…even the ideal influenza vaccine, matched perfectly to circulating strains of wild influenza and capable of stopping all influenza viruses, can only deal with a small part of the ‘flu’ problem because most ‘flu’ appears to have nothing to do with influenza. Every year, hundreds of thousands of respiratory specimens are tested across the US. Of those tested, on average 16% are found to be influenza positive.” – Dr Peter Doshi (from a British Medical Journal review article, “Influenza: marketing vaccines by marketing disease” 2013 (BMJ 2013; 346:f3037)

“…It’s no wonder so many people feel that ‘flu shots’ don’t work: for most flus, they can’t work because most diagnosed cases of the flu aren’t the flu.” – Jon Rappoport

“Mainstream medical journals, like Pediatrics and The New England Journal of Medicine, only publish studies that claim thimerosal is safe. And it turns out that these articles are written in large part by researchers in the pay of vaccine makers.” — Donald W. Miller, Jr., MD

“If an individual has had 5 consecutive (mercury-containing) flu shots (between 1970 and 1980, the years studied) his/her chances of getting Alzheimer’s Disease is 10 times higher than if he/she had one, 2 or no shots.” — Hugh Fudenberg, MD – Founder and Director of Research, Neuro lmmuno Therapeutic Research Foundation

“Seven of the characteristic markers that we look for to distinguish Alzheimer’s disease can be produced in normal brain tissues, or cultures of neurons, by the addition of extremely low levels of mercury.” – Dr Boyd Haley

Before finishing reading this article, consider checking out my recent, closely related Duty to Warn column that was entitled: “What Everybody (Especially Pregnant Women) Should Know About Flu Shots”.

The Essentia Health system in Duluth, Minnesota recently was challenged by the Minnesota Nursing Association because of Essentia’s announced policy mandating all of Essentia’s employees and contractors (including its volunteers who might never have any patient contact) to submit to annual flu shots or risk being fired.

Essentia was sued by the MNA to force it to reconsider its policy for its member nurses.

Essentia has published no valid information on its website about the pros and cons of annual influenza shots. The following brief statement is all that the website has to say about flu shots:

What you should know about flu shots

“A seasonal flu shot protects you against the strains of flu that experts predict will be most prevalent this year. The vaccine is not 100 percent effective so you may still get the flu, but it should be a milder case. You can also get other flu strains not included in the vaccine”

If Essentia’s policy-makers had any integrity as a medical science, evidence-based system or were in the loop about newer developments in the real (non-corporate) science of vaccines, they would have published the following facts (which I obtained from an article authored by the executive director of the National Vaccine Information Center (www.nvic.org), a respected website that publishes thoroughly documented information about vaccines, both pro and con.

The article was entitled “Forcing Flu Shots on Health Care Workers: Who Is Next?” (It can be accessed at: http://www.nvic.org/NVIC-Vaccine-News/September-2010/Forcing-Flu-Shots-on-Health-Care-Workers-Who-Is-N.aspx.)

“Whether or not you are a health care provider, the decision about whether or not to get a flu shot every year is a personal health choice that should be yours to make after you become informed and weigh the benefits and risks. Educated health care professionals and consumers alike are perfectly capable of analyzing the facts about influenza and influenza vaccine, including the fact that:

Given the 10 minute appointments that Essentia staff will be given during the planned, up-coming vaccine “mills” that will be offered over the next month (that is, if legal negotiations by the MNA are unsuccessful in changing the policy), one can be sure that the vaccine product inserts, which would fulfill the “fully informed consent” provision that patients are supposed to get before a potentially dangerous drug, vaccine, procedure or treatment is offered to them, won’t be offered for study prior to the inoculation.

And the reason that Essentia’s coerced vaccine recipients won’t be given the opportunity to obtain full information before getting inoculated may well be that there is so much negative information about the vaccine on the sheet that most comprehending patients would therefore refuse to accept the shot. I give a number of examples of why resistance makes so much sense below.

Unfortunately most physicians and vaccine-administering nurses don’t read the product information sheet either. I know, because when I was in family practice, I also never had the time or inclination to thoroughly read the warning labels of drugs or vaccines before prescribing them. I remember being told in medical school that we physicians were only legally obligated to mention a few of most common side effects of drugs to patients, because it would take too much time to relay the dozens – or sometimes hundreds – of adverse effects to the patient.

Just like the impossibly lengthy forms that software companies make computer owners sign before purchasing a new program, we lie about reading and understanding the voluminous information. We doctors don’t have the time to read Big Pharma’s information sheets and so patients are not likely to be invited to do so either. Fully informed consent is consistently given short-shrift in medicine and the drug and vaccine makers get their commonly toxic substances fast-tracked into the bodies and brains of our patients.

Doctors and Big Pharma’s drug-makers don’t want people to fully comprehend the extent of the corporate pseudoscience that is behind their over-vaccination agendas, and that includes the current flu shot scam as outlined in this article. It’s so much easier for authoritarian pharmaceutical companies to demand blind obedience from us indoctrinated doctors (and for doctors to demand blind obedience from our equally indoctrinated patients) while pretending that actual science is involved – rather than the actual, for-profit, often corrupted corporate pseudoscience.

Below are some verbatim examples of disclaimers that are printed on the product insert sheet of a popular influenza vaccine FLULAVAL (GlaxoSMithKline’s flu product). The statements should make every thinking person wonder why they are standing in line for the inoculation and wonder why not step out of line and demand that our previously trustworthy medical profession, especially that segment that still adheres to the Hippocratic Oath, rethink its blind allegiance to Big Pharma, a multinational corporation that has 270 new vaccines in its pipeline.

“…no decrease in influenza disease after vaccination.”
“Thimerosal, a mercury derivative, is added as a preservative. Each dose contains 50 mcg thimerosal. Each dose may also contain residual amounts of ovalbumin, formaldehyde, and sodium deoxycholate from the manufacturing process.”

“FLULAVAL is a vaccine indicated for active immunization against influenza disease…” (but the insert doesn’t ever claim that the vaccine actually works.)

“…there have been no controlled trials adequately demonstrating a decrease in influenza disease after vaccination with FLULAVAL”.
“Safety and effectiveness of FLULAVAL in pediatric patients have not been established.”

“Safety and effectiveness of FLULAVAL have not been established in pregnant women, nursing mothers or children.”

“There are, however, no adequate and well controlled studies in pregnant women. Because animal reproduction studies are not always predictive of human response, FLULAVAL should be given to a pregnant woman only if clearly needed.”
“FLULAVAL has not been evaluated for carcinogenic or mutagenic potential, or for impairment of fertility.”

“Do not administer Flulaval to anyone… following previous administration of any influenza vaccine.”

Data on mercury toxicity from http://www.greenprophet.com/2012/05/autism-threat-chemicals/

Dr Kohls is a retired physician from Duluth, MN, USA. In the decade prior to his retirement, he practiced what could best be described as “holistic (non-drug) and preventive mental health care”. Since his retirement, he has written a weekly column for the Duluth Reader, an alternative newsweekly magazine. His columns mostly deal with the dangers of American imperialism, friendly fascism, corporatism, militarism, racism, and the dangers of Big Pharma, psychiatric drugging, the over-vaccinating of children and other movements that threaten American democracy, civility, health and longevity and the future of the planet. Many of his columns are archived at: