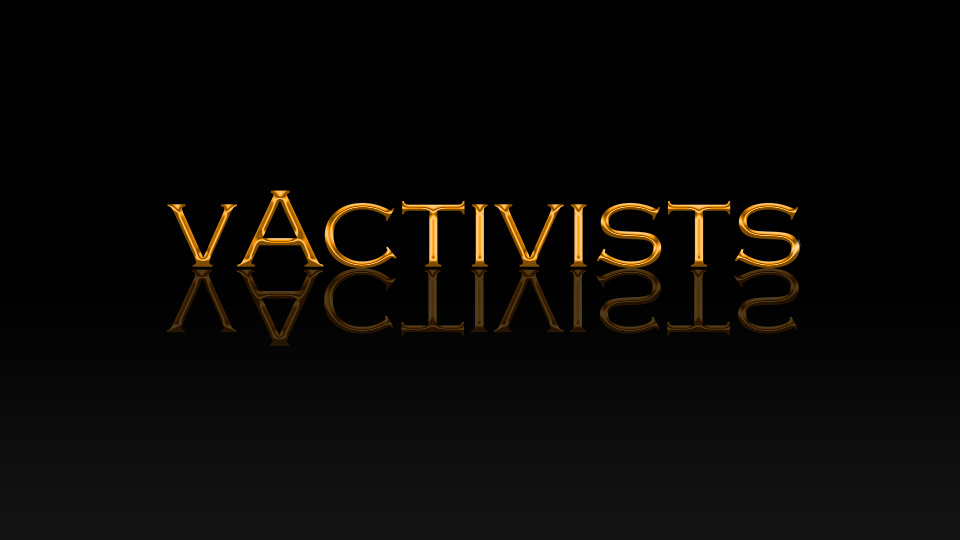 Proof of no link?

On April 20, 2015, Autism Speaks debuted an article with a huge splash heading:

No MMR-Autism Link in Large Study of Vaccinated vs. Unvaccinated Kids
–Study of over 95,000 children included 15,000 unvaccinated 2 to 5 year olds and nearly 2,000 kids already considered at high risk for autism

Autism Speaks followed up this definitive sounding declaration (that there is no link between the MMR vaccine and autism), with an equally convincing first paragraph of their article, which states:

In the largest-ever study of its kind, researchers again found that the measles-mumps-rubella (MMR) vaccine did not increase risk for autism spectrum disorder (ASD). This proved true even among children already considered at high risk for the disorder.

The heading and the article sound conclusive right? Combined with the subtitle, it sounds downright irrefutable! With such a huge amount of children studied, there is no possible room to question whether the MMR vaccine is linked to an increase in the Autism Spectrum Disorder! Case closed, the science is settled.

It is always important that we take a closer look at the study they are referring to:

This study basically looked at siblings of Autistic children, based on the administrative claims database of the health plan Optum. Let us take an even closer look at the study.

The Objective of the study: To report ASD occurrence by MMR vaccine status in a large sample of US children who have older siblings with and without ASD.

The results of the study state:

The authors of the study conclude:

…These findings indicate no harmful association between MMR vaccine receipt and ASD even among children already at higher risk for ASD.

Having had this study thrown in my face many times by “vaxtrolls”. I took a close look at it, and honestly, the data seemed obscure and convoluted. I turned to ask the wonderful, beautiful, and extremely smart Heather White, of Autism, Raw Data, to do a breakdown analysis of the study. She obligingly spent precious time to break down the study.

For a complete breakdown of the study, visit her site here.

Below, Heather highlights the data:

The retrospective study cohort consisted of 95727 children with siblings, aged 2 to 5 years of age. Of the studied children (95727), only 1929 had an older sibling with ASD.

After analyzing the data, Heather notes statistical findings which conclude an increased risk of MMR vaccination and autism among studied siblings!! Heather explained, to me, that “the authors used 3 statistical tests, and the final “adjusters”, the Cox proportional hazard model basically sifted out the autism significance in the study!”

Below, the chart shows the data she points out. It falls in the 2 doses category for the 5-year-olds. 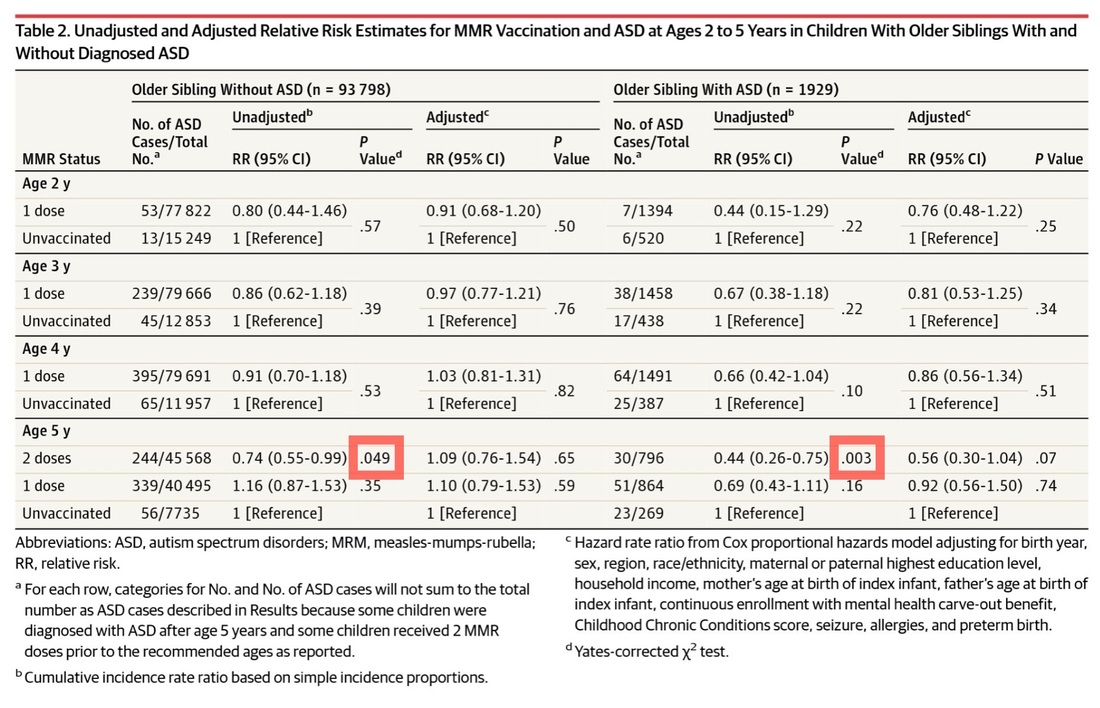 Heather White then goes on to critique the choice of methods and stats, while further explaining the problem with the data.

This statistical test is typically used in small data samples, which conflicts with the Jain Study. Its primary drawback is an over-correction, which leads to a type II error (fail to reject Ho), which would mean the authors failed to document the ASD vaccine correlation. It is considered to have limited use in medical research.

Again this is a nonparametric test like the Yates, which is the weakest statistical equation when comparing groups.

The primary limitation in the Cox regression model is the creation of a false model that excludes significant predictive factors (Babinska, Chudek, Chelmecka, Janik, Klimek, & Owczarek, 2015).

Heather also questions the test the authors’ chose to use:

The authors should have employed the Analysis of Variance (ANOVA) test, which would produce the highest quality statistics. Jain et al. had sufficient data to use ANOVA. I would question why the authors choose the weakest nonparametric tests available and then layer the Cox proportional hazard model on top of that. Further, they did not comment on the statistically significant findings in their study, which are highlighted above.

To be fair, there were some discussion points appended to the study. Some of the highlights of the discussion include:

It is my opinion that Autism Speaks was shamefully misleading with what this study was about. In addition, the study in itself is highly questionable with obscure data and questionable methods. This study is lacking and does not “prove” there is no link between Autism and the MMR. Nothing to see here, move along….

Special thanks: to Heather White for taking the time to break this study down for us!

Other reviews on this study:

Autism Occurrence by MMR Vaccine Status Among US Children With Older siblings With and Without autism (study)
Posted on May 11, 2015, by Paul Thomas, M.D.