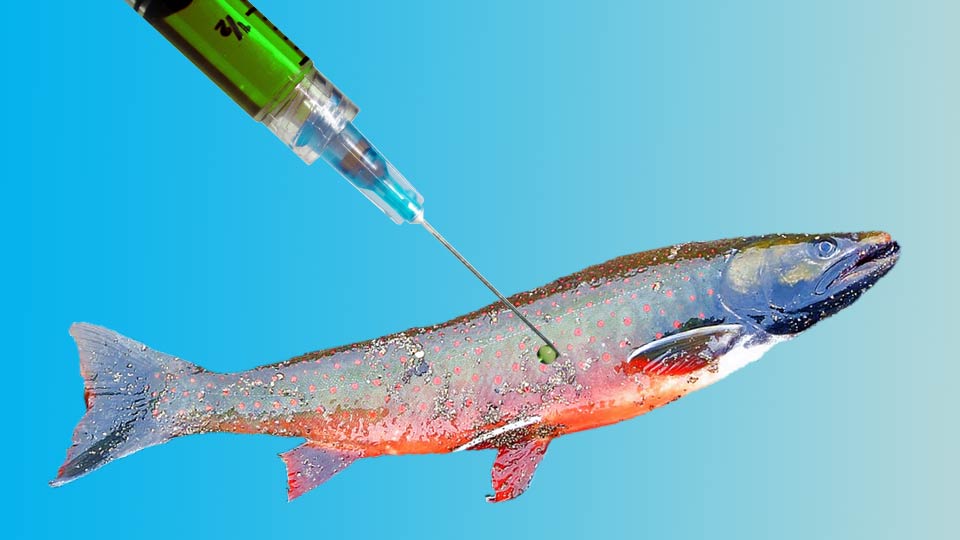 This study states that spinal deformities in farmed Atlantic Salmon (Salmo Salar) are often seen in farming systems, and sets out to study and determine the cause. A higher than normal proportion of young salmon (smolts) with spinal deformities were observed in a particular hatchery in Eastern Canada.

The authors go through and lists many theories, including vitamin deficiencies, and heavy metal toxicities.

[clickToTweet tweet=”…salinity & temperature, age at vaccination, and weight…influenced..development of deformities.” quote=”An extensive study was undertaken in Norway to determine risk factors for spinal deformities in premarket-sized farmed Atlantic salmon (14). Factors at all levels of production; egg, smolts, seawater, and slaughter, were examined. The report concluded that the occurrence of spinal deformities was multifactorial, involving risk factors in the egg, smolts, and seawater stages. Three main findings of the paper were that salinity and temperature, age at vaccination, and weight at “smoltification” influenced the development of deformities. Relative risks were calculated, based on the prevalence of the deformities diagnosed at slaughter.” theme=”style6″]

The study discusses an increased risk if the time between vaccination and the introduction to seawater exceeded 3 months.

The vaccination factor was likely due to the relatively younger age and smaller size of smolts if they were vaccinated 5 mo before being introduced to seawater. Younger smolts (2 mo) may have been more susceptible to the stress of being vaccinated prior to smoltification, due to the mechanical stresses of being handled and of receiving an intraperitoneal injection (14). Based on this finding, smolts should not be vaccinated until 2 mo prior to introduction to seawater (14).

The conclusion of the study gives advice to farmeries on how they might reduce the risk of spinal deformities on their young salmon. One of the stated advice by the authors of the study is to “vaccinate the smolts when they are as large as possible”.

Although our children are not fish, there is no doubt that if living creatures of any type, are adversely affected by vaccinations, (which seems to be clearly shown, by the smaller size of the of the fish causing an increased risk of abnormalities) we should definitely be paying attention!

This study further points to the fact that there are issues with vaccines, it is not a one size fits all. The risk versus benefits, informed consent, health, genetic susceptibilities, weight, and synergistic effects should be re-evaluated for advice to vaccinate, and certainly any consideration of vaccine mandates.

*hat tip to Dr. Toni Bark for bringing this article to my attention.